Artificial Intelligence began first with what at some point was called “Heuristics.”  Heuristics were just a set of rules that triggered multiple different examples of execution, for instance, searching and maximizing a tree with different rules, as the algorithm traversed a tree, and the in some ways mimicked “intelligence.”

In computer science, artificial intelligence, and mathematical optimization, a heuristic (from Greek εὑρίσκω “I find, discover”) is a technique designed for solving a problem more quickly when classic methods are too slow, or for finding an approximate solution when classic methods fail to find any exact solution.  (Source Wikipidia)

Artificial Intelligence indeed had many other alternatives that we learned while doing research.  In my case, I followed my first steps and combining “Digital Signal Processing” and testing “Reinforced Learning” with a TJ Robot at the Machine Intelligence Lab at the University of Florida. 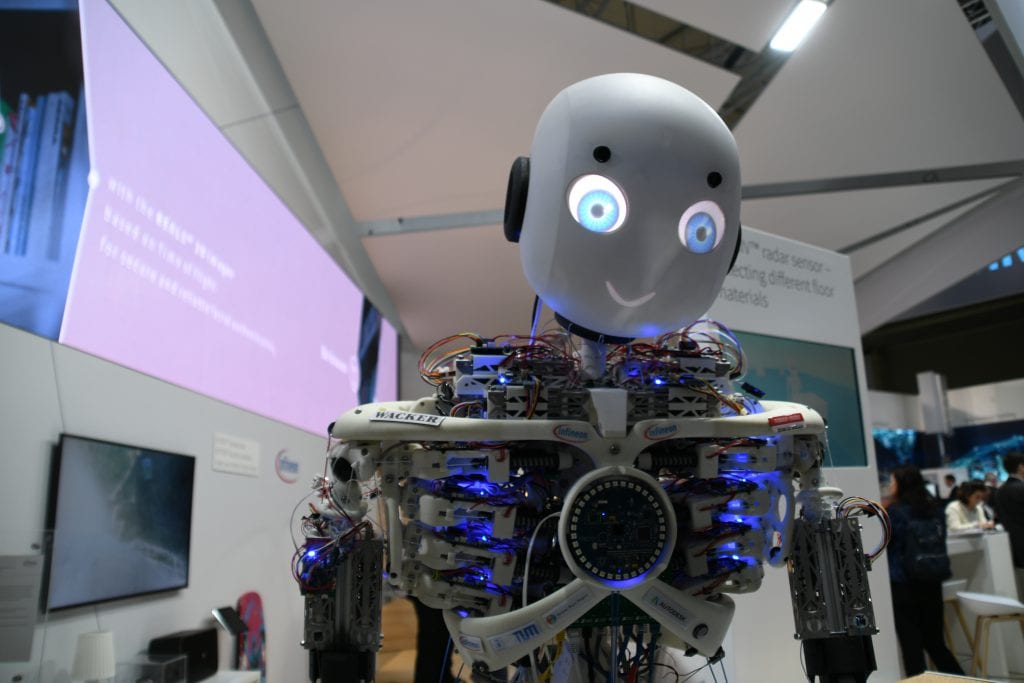 Reinforced learning, as known by many, can be modeled thru a Markov Decision Process.  In other words, reinforced learning is a set of finite states that a machine needs to decide and by “Reinforcing” certain behavior will a set of agents, S. and a set of actions A.

As shown, a set of agents and actions and a probability of a transition from one state under certain action. I think that games and other scenarios where  finite number of movements can be used, Reinforced learning is the best approach.

Reinforced learning was used apparently by DeepMind to defeat Go’s champion in 2016.

On the other hand, Neural Networks, as other Reinforced Learning methods have been having different approaches.  My favorite has always been neural networks, radial basis functions in particular, as n general clusters different groups of “Center” where  RBFNN (Radial Basis Function Neural Network ) is trained to learn, what is called, the probability of events of a certain function  RBFNN and other network networks are more appropriate for systems with signals, patterns, and models (For example predict network traffic, as I showed in my own work)

In general, neural networks are nothing but let’s say an empty matrix as opposed to a empty state machine, and instead of creating links of probability transitions (as in reinforced learning), it is a matrix of weights that are determined by different layers of learning,

Clearly, X is multiplied by Wh and applied to the hidden layer, and then again, depending on the number of layers and as a consequence, the output.

The training session of the network, uses the sample data with sample outputs that are known, as such from the Universe “U” of data, a small percentage is used to train the network for future outputs, or predictions.

In other words, if we have that the input matrix contains that the word “DOG” be recognized in a sentence. The raining will be as follows:

Once the network is train, what is called in “Artificial Intelligence” training, which in this hypothetical example would be a large set of different ways to spell “Dog”

Once training, a word “dOg” which was not trained, will be identified as “DOG.” The training mechanism in all neural networks, presents itself as with hundreds of variations of these words in different fonts, for example, sizes, etc.

Now, the process of training uses a method called “Gradient descent” which is a way to compute the error from the 1st training set, to the next, to the next, in other words, more training, the more chances that the error or convergence occurs and that the neural network has been fully trained.

The objective is to reach the maximum or minimum for a large amount of samples. At the same time, multiple layers could make things more complicated and may or may not converge depending on the problem being analyzed.

A good example can be found in https://towardsdatascience.com/how-do-artificial-neural-networks-learn-773e46399fc7

How is Artificial Intelligence used in Telecommunications.

At the Mobile World Congress in Barcelona in 2019, I attended several booths where Artificial Intelligence techniques were demonstrated, from Sophia the AI robot, to T-Mobile’s Telecommunications demo in 4G and possibly 5G, and finally with federated learning .