Is Augmented Reality for Wireless Design possible? Do you envision a day where mobile developers can load a map from Google Maps, covering the City of New York for example, place all towers along I-95 and simulate a car moving a different speeds, validate antenna configurations and test it all inreal Android or Iphone devices running Youtube, Facebook, VoLTE all work well as the changes are made to the wireless deployment, while adding more WiFi, 5G, Unlincesed LTE? All without ever moving from your lab or office..MobileCDS is a software tool that simulates and uses “RF Tray Tracing” to create deterministic environment for cellular and RF antenna configurations for 3G/4G and even 5G systems. Once the deployment is drawn on top of a map loaded from Google Maps, the tool can playback the simulation and create an emulation system with MobileCAD. The emulated system can be tested in the real phone, under RF realistic conditions that mimic real world deployments.

Mobile Application developers, Mobile Phone manufactures, and Operators can design their RF, place the antennas / towers whenever they are supposed to be increase/decrease height and power and test new buildings, and scenarios and play those into a Mobile Terminal with a patented technology covered under.

Wireless Simulation is a need for modern telecommunication systems. Our team has an advanced RF simulation platform built for Cellular and WiFi systems, that we call MobileCDS. MobileCDS combined with MobileCAD is the perfect combination of systems that truly catapults your mobile development cycle.  There are thousands of mobile applications, complex wireless stacks that combine handover across multiple technologies from 2G to 3G to 4G and recently, 5G. This complexity becomes more and more cumbersome as 4G is pervasive in all Internet of Things devices (IOT).

What this means is that now more than ever, a maximum of 1 out of 7 world people has had or has access to an iPhone, not without mentioning all Android devices.

Hence, the advancement in apps and technologies requires that mobile developers become “perfectionist”at the time of testing and designing applications that rely completely in a 4G/5G wireless telecommunications’ network.

IOT will be a major growth potential for cellular and wireless devices as shown in the following chart, Smart Energy, Multimedia, and safety are big drivers for IOT.  All these devices will in some cases require testing at different signal quality standards while being interconnected with cellular networks or just WiFi.

As the complexity arises, there is dire need for a more reliable way of testing and validation of RF conditions shown or used by a mobile terminal. For example, how will a mobile terminal performance is affected while loading a FaceTime app, or Youtube, or Tidal? or even one of our apps, MEVIA?

Will that interaction be flawless? Will RF trigger issues or bugs that I have not yet anticipated in my design? If I am a Samsung, or an Apple Computer company, is my stack resilient to handle all kinds of RF mobility scenarios, antennas, and MIMO? Can the error rates (BER) damage the performance of my “polling” functions? Does that affect the overall user experience and performance of my mobility application?

What is MobileCAD? Wireless Emulation

Mobile devices require extensive testing as firmware increases in size, stack interactions include sophisticated handover techniques and RF fading conditions. Mobile phone traveling at different speeds and through different trajectories suffers of signal strength variations, changes on network delays, handover, and fading.  Mobile and Wireless Emulation is a must have in today’s wireless industry for both carriers and phone manufacturers.

Device manufactures need to ensure all interacting parts of a mobile device, including the EPC (Evolved Packet Core)  infrastructure and the device itself at all operating systems levels, from the RF antenna to mobility protocols (e.g. Mobile IP), thousands of applications, mobile streaming and many others.

Wireless Simulation Software, MobileCDS stands for Mobile Computer Deterministic Simulation and is a state of the art environment that recreates radio frequency conditions used in cellular networks (3G/4G) in a very accurate and deterministic way. The tool enables the simulation of realistic, Google Maps/KML Maps configurations of buildings and realistic terrains that can include antennas of different formats with different RF propagation models. End users can test and simulate all kinds of simulations, buildings with different characteristics, reflections, and any other simulation environment appropriate for modern IEEE 802.11 WiFi networks to advanced 4G LTE deployments. 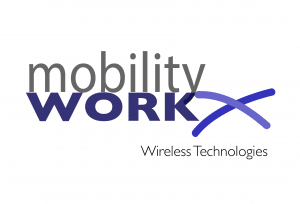 The Augmented Reality (AR) comes when you bring the simulation to the real life with emulation. Once the simulation environment is recreated, it is later on emulated with MobileCAD, our patent pending tool for emulation. In other words, once RF signaling is known and determined in different paths (RF Path delay, attenuation, and hence facing, as well as BER) then is loaded into MobileCAD effectively recreating a realistic environment where multiple Base Stations can cover a particular realistic map.

MobileCAD can be combined with Drive Test data as well as MobileCDS RF data and converted into emulated RF signaling with proper protocol configuration and network emulated for any EPC or other devices.