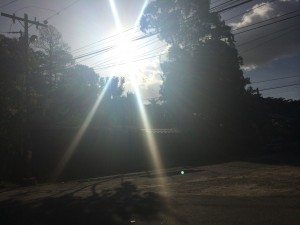 The current society is becoming desensitized about death and ignoring “life.” In general, people today, including old and new generations, have switched their value systems from the old standard that included honesty, kindness, respect for a new set that includes money, power, laziness, sex, and self-enjoyment; It’s clear to me that self-sacrifice is desecrated and people are admired by multiple things, except for being humble, loving, kind, or nice. Even many so-called Christians, twist Christianity, remove teachings from the Bible and morph what is true for something that quickly becomes false.

The system itself is creating a selfish world with an attitude towards itself, satisfying their own individuality and diminishing any feelings about others, specially if you cannot get anything from them. Kindness and love are ridiculed, love is confused with lust, it’s not a surprise that people are desensitized for life and people’s suffering. As a consequence, abortion is legalized, killing a baby and using its parts is just fine, drugs are legalized, the destruction of the family as an entity is legalized, wars are fine, killing is ok as long as we don’t carpet bomb or use chemical weapons, killing is good as long as its not anyone I know, all and all can be justified even by “faith” as long as self-satisfaciton is achieved. You see it today, how people can fix any irresponsible decision made in the past can be rearranged and life will continue just “fine”. This behavior is creating people and societies without a soul that runs away from old Cristian values by exchanging those with anything else that might include money, sex, drugs, addictions, and conducts to worship many more Gods, that replace Christianity. The one God that is worshiped dearly, is yourself.

As a consequence, I anticipate and foresee a path for our society self-destruction. We are seeing and will see more and more a persecution of everything Christian. If anything Christian attacks any of our Gods, it will be destroyed as well!!! It will be too late to see that the death of our society as we recalled it, is slowly taking place. Sadly, if hatred and loss of life becomes justifiable by any means, it could only mean the end of mankind as pulling the trigger and launching a nuclear artifact will be “ok,” as long as whomever pushed that button feels or believes him and his family are just ok Indeed, we all need to get closer to God, the Christ, and read that old book, The Bible, the New Testament calls us to love one another, forgive and forget, be kind and be nice to everyone in this planet, even to those who we believe are or were our enemies. . Let’s pray for our World and don’t let the system corrode your heart.

Let’s not treat people like an object or a merchandise.  Let’s make an effort to avoid finding out about your friends’ financials? how much money they make? who owns his house? what car do they drive? but instead, can I treat you for coffee or dinner? When is your birthday, I want that they to be special for you?

35 By this shall all men know that ye are my disciples, if ye have love one to another.