I personally submitted a damages report in a the case: Mobility Workx, LLC vs Cellco Partnership aka Verizon Wireless in the E.D. Texas, and Judge Mazzant ordered me to present it to a jury which means a Daubert challenge was made and survived..

The model I created for damages can be used for many technology disputes where “Key Performance Indicators”  (KPI-based Damages Model) are measured to map a business performance, and how and what intellectual property maps to the revenues generated by a business and its performance.

Judge Mazzant accepted my report due to my experience at Motorola and all my overall resume working with startups, licensing deals, and being part of multiple patent and technology licensing agreements that involved companies like Qualcomm, Google, and many others. 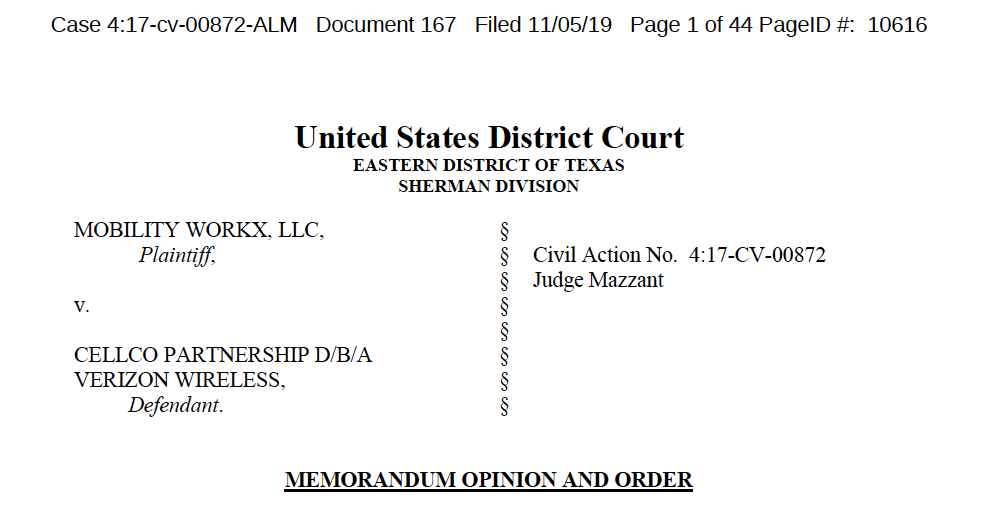 For example, TS 32.451 contain several KPIs for LTE Systems or E-UTRAN and you can map an Intellectual Property piece to one or several subcategories, and then from that category you can then establish the proper proportion of what an intellectual property maps to, which means that clearly a percentage of the revenues that a company generates can be mapped to a certain technology.

Key performance Indicators are part of not only 4G LTE systems but are found in most technological systems.  The process is presented in the following slides:

In summary, one can say that many KPIs have a mapping to revenues, and that’s how companies can value performance to value. 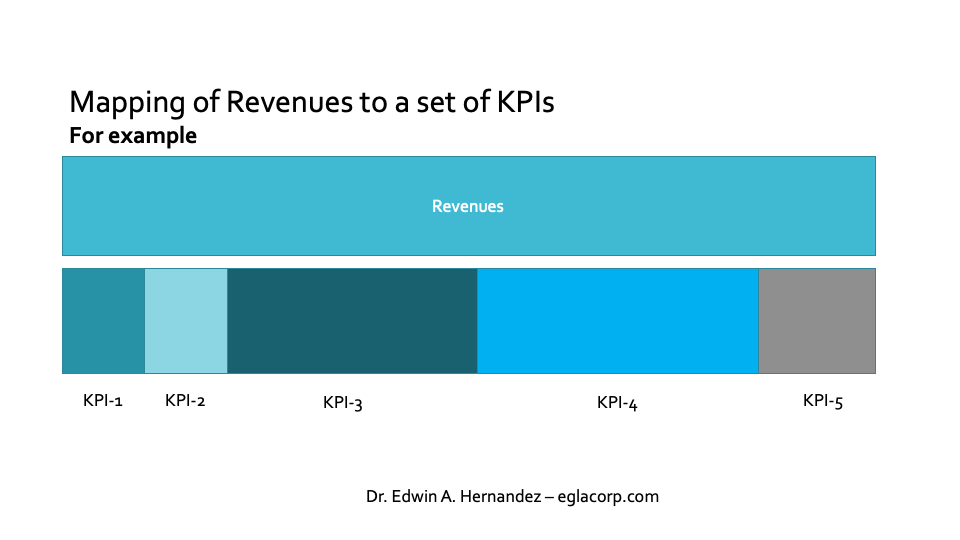 Once these mappings are determined, which all KPIs may offer the same proportion of value to the generated revenues of a corporation, then one can map the features of a patent portfolio to one or many KPIs and create a weighed average of contribution to the KPIs and hence to the revenues.

In the following charts, I represent that maybe a single patent or IP maps to a KPI which equates to a percentage of the revenues, let’s say it is 20%. Assume for a second that the KPI category contains 20 parameters, that for simplicity will be equally weighted.  As such, the technology where damages are being calculated corresponds to 2 parameters let’s say, hence a 10% of the KPI is then affected or benefited by the patents or technologies.

Setting up a royalty rate, of let’s say 3% to 5% seems reasonable and affects only the percentage of the revenues a KPI is affected by the patents. Hence, there is no dispute on how much effect a patent or an IP affects a business model.

KPIs are usually defined by the defendant or an industry-defined, like in LTE, and each are granular enough that a mapping between a patent portfolio and /or an intellectual property can be mapped to. 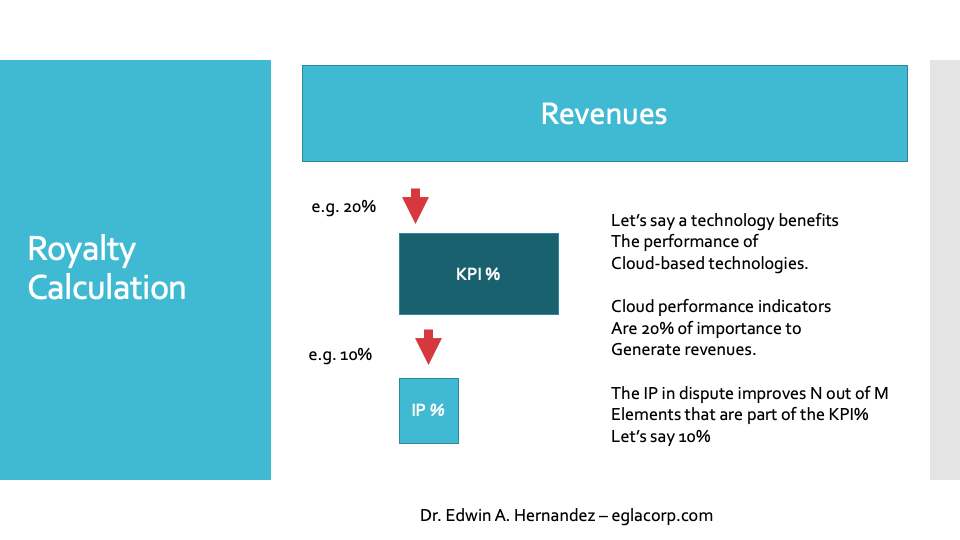 As such a simply royalty yield of 5% can be used to compute an overall royalty that only affects the revenues generated by let’s say LTE Revenues for example, or any other technology with KPIs. 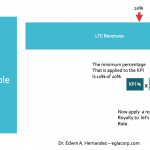 if you have any questions you can contact me or hire me to calculate your damages report for  KPI-based Damages Model.